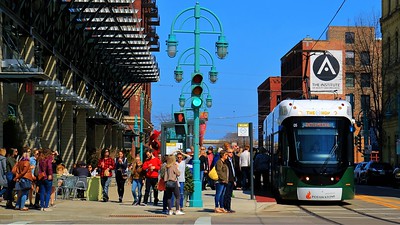 I've utilized The Hop in Milwaukee since its opening in 2018. Riding The Hop well over 3,000 times, I have observed its use and operation and studied academic and technical literature about streetcars and transportation. I've compiled a list of what I see are advantages of Milwaukee's streetcars used for transportation.

Please see my caveats about my blog before reading this.

These are what I see are advantages of streetcars used for transportation and city life, and, in particular, for the Liberty Modern Streetcars in Milwaukee:

These qualities can contribute to place-making and city-building. Moreover, these qualities are may be non-existent or weak in current bus-based transit systems. The Hop builds value through transportation that is efficient, scalable, durable, community-building, eco-friendly, preferred by riders, and equity-building. References