This work is dedicated to the memory of my mother Beverly (1939-1998) who gave me what common sense I have.

Since childhood, I've noticed the burdens people place on themselves due to possessions, the drudgery of errands and shopping, or as a result of their location in areas far from the centers of their activity. Growing up and through adulthood, due to some good luck and hard work, I've been able to now live independently and focus on running a small business. I've come to realize that this independence and my work has been more effective because I have chosen to live more simply. I was able to reduce the distractions and complications of some aspects of modern life, so I could focus on and overcome the real difficulties and challenges of my life goals. I've written up some notes on living simply in this ebook that I offer to you now for your consideration.

NOTE: This ebook does not constitute professional advice.

You can jump right into the work of the book itself, in chapter 1, You can simplify your life, or you can read in the next section more of the background experiences I've had that shaped this work. 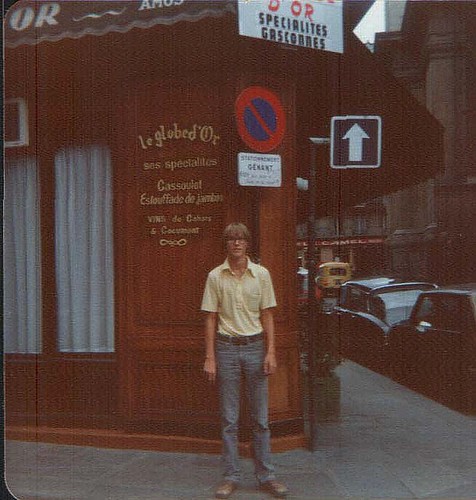 Perhaps due to reading so much literature from the early 1900's and late 1800's as a teen (I was born in 1963), I had assumed that when I grew up, people would spend much of their time living--having heartfelt conversations and walks, setting off on business trips full of promise and even intrigue, and learning about the world and participating in art, society, and commerce. Instead, as I experienced the last part of the 20th century, I saw increasingly, the suburbanization even of the small rural towns where I lived, so that instead of the small downtown center growing more complex and interesting, big-box stores grew out on a freeway--and those were places you could never walk. I also gradually became introduced to the normal bureaucracy of increasing responsibilities: club meetings, household chores, cooking, bank accounts, school registration, and even modest travel arrangements. I could see that a good deal of life consisted of going to different places (like the store) (often in a car) or moving about items needed for use in and out of storage in the basement, attic, or garage and hauling them around for yard work, cooking, camping, and other activities. And then repairing, maintaining, storing, moving, cleaning, replacing, lending, or borrowing these same objects.

After undergraduate years, as an adult with a real job, house, and car, I could see that living involved meeting responsibilities, and that involved a great deal of odds and ends. When added up, these tasks could take just a bit out of the wonder of life and take the edge off of a potential to do more and create more. It is not that these tasks were hard, but that they could drown out more potential life goals or even relationships. During this time, I was tremendously grateful and proud of the work and opportunities I had, and I was in no way dissatisfied with a life as a software engineer or even my house or car.

But when I saw an opportunity to return to graduate school, I relished the idea downsizing in order to become a full-time graduate student again with a focus on learning only. So I sold my house with its mortgage, and moved back to The Great Lakes area, the region where I was born and had family ties. I got rid of my car. More and more graduate schooling followed, and I was fortunate to be able the write a bit about the World Wide Web and the Internet during the heady times of the mid-1990's, when the technology was moving out of the academic realm to a wider audience. I earned money writing and speaking, and I traveled quite a bit. I continued to work on my graduate studies. All that time I maintained very much a student lifestyle: a small apartment, walking distance to campus, walking distance to grocery stores, no car, and with transit services (bus, train) nearby. I loved being busy and traveling the world. In one trip, I journeyed entirely by mass transit from upstate Troy, New York to Stockholm, Sweden--by city bus, regional bus (Greyhound), subway (T in Boston), airplane, then a bus, and a final train. (Since then Stockholm has added a train service directly from its airport to central station.)

At the end of the 20th century, I took some time off, I could look back and see that without having had the chance to simplify my lodging and other affairs, I could not have focused on learning, reading, exploring, and writing as I had. Out of a curiosity to explore this concept and to perhaps share my ideas with others, I prepared notes about the concept of voluntary simplicity.

I had published these notes on voluntary simplicity online as an ebook, titled, Live Simple, in the then relatively new World Wide Web (just about 11 years old in the last year of the 20th century, 2000). Many readers responded, and I even know of one freshman college class that used my ebook in a college-life preparation seminar.

Since then, I've gained much more perspective on what I'd written and the idea of voluntary simplicity. In looking back 15 years later, I can see more clearly what has worked for me and what has not. I realize that in voluntary simplicity work, knowing what is important, because you can get more effective results. Some things really don't need to be simplified all that much, and some things that you might not realize could be simplified might be streamlined so that you can do much more living and less fussing with things. You can gain more of a focus on your life goals.

My perspective and experience has validated some of my choices--I see how important it has been for me to live in a walkable urban area, live in a small apartment, be car-free, have few things, and make use of online technology to streamline many routine chores, accounts, and business tasks. I've found time to develop a new pursuit, photography, that has given me some income as well as a ready-made hobby for a time in my life now where I'm downsizing my work tasks.

There is no one way to simplify your life; you'll have to discover what works for you, and so with the idea that perhaps you'll find an idea or two that might help you focus more on your goals, I'm working on revising this text, retitled as "Keep Simplifying." The whole point of simplifying your life, of course, is not to follow a set or rules or tips, but to free up your time, space, and mind so that you can find and do the hard work toward your potential-- whatever that may be (see Live your dream).

I'd love to hear from you if you have any requests or feedback. Send email to johndecember@gmail.com with the subject line simple-book.

NEXT: You can simplify your life